Made in the UKProven quality you can trust 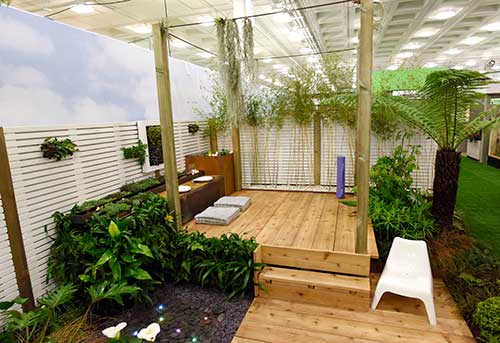 For the fourth year running Protek have given their support to new and emerging landscape gardening talent at the 2016 Ideal Young Gardeners of the Year competition.

Held at the Ideal Home Show in London’s Olympia, the competition is organised by garden industry giant David Domoney in association with The Prince’s Foundation for Building Community. Six of the UK’s leading horticultural colleges compete to create a show stopping garden with only 6 days for the students to build it before the show opens to the public. On opening day a judging panel of industry experts from horticultural, design and media industries including Alan Titchmarsh, Simon Sadinsky from The Prince’s Foundation for Building Community, Chief Executive of the Horticultural Trades Association Carol Paris, and Deborah Stone, former Chairman of the Garden Media Guild had the difficult task of selecting a winning show garden.
Capel Manor College were awarded a Silver medal for their beautifully serene yoga garden using Protek’s Royal Exterior in Snow on the fence panelling and Royal Exterior Clear on the decking area. 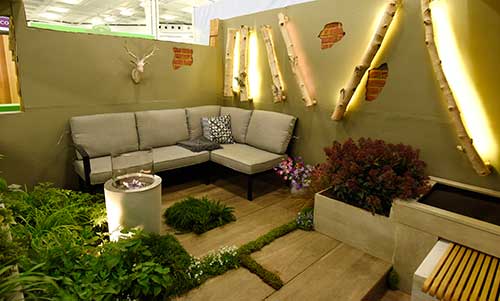 Writtle College used Protek Royal Exterior in Golden Oak on the wall timber cladding of their cool, modern, basement garden design that also won them a Silver medal.
Ben Thornborough from Protek says “We are very proud to be part of this annual competition that gives students a chance to design a show garden before they leave college, giving them great practical and competition experience. As David Domoney and Alan Titchmarsh said during the award ceremony, it is essential for us to support young gardening talent and help them on the path to becoming the future stars of our great industry.”
The Ideal Home Show closed on 3rd April when over a quarter of a million people will have seen the six incredible and inspiring show gardens.
We have some great videos here for you to see,

Young Gardeners of the Year 2016: Tour of the Show Gardens

Young Gardeners of the Year 2016: Judging and Awarding the Medals

Looking for an Oil-Based Treatment?